Networks often set the premises for long term collaborations, at times even across different fields, and they often have a great potential for generating innovation. Be it networks of alumni of an university, policy professionals sharing an interest in public management or sport club members, one often relies on their networks at different moments of their careers. While networks set important premises for their members, one needs to continuously foster them to create the appropriate contexts leading to successful collaborations and mutual exchange. Often, this potential remains unexplored.

Natalia Irina Roman has developed different methods to foster the potential of a network; from extending your network to activating inactive networks, her portfolio includes: 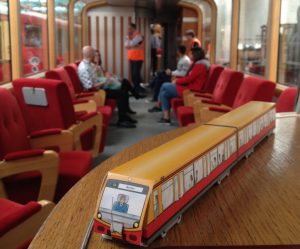 One Month, 31 Portraits is a storytelling project realized between 2011 and 2014. Some of the stories were written together with other writers – Yamina El Atlassi, Jéremie Gerhardt, Roland Siegloff and Ana Marija Cvitic. These portraits cover different topics: